The Parish of Meltham – Christ the King

Sharing the love of Jesus in our community

Watch all our services either live or retrospectively on our Parish YouTube channel:
Link to YouTube Channel 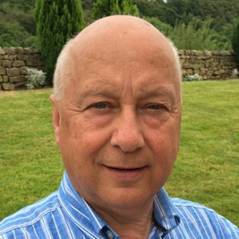 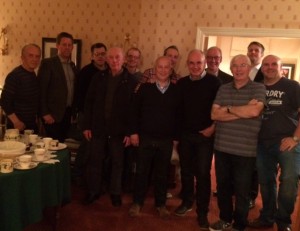 The Men’s Night held at Clinton and Jean’s was one of those occasions. 25 men from different backgrounds listened to Terry Wilcox, Project Director with In2Out a Leeds based charity working with young people with convictions. Photo attached!

It’s the only such organisation in the country. It has 4 paid staff and 30+ volunteers, many of whom are mentors. It meets all the standards set by the Government and has worked with 70+ young people.

Terry is a man whose life is shaped by his desire to follow Jesus. He was a successful businessman who found himself in the unusual position firstly of simply talking to prisoners and who was then encouraged to start working with them when they were out. In2Out was set up. For details have a look at their website http://www.in2out.org.uk

If we had stayed till 2am there would still have been someone wanting to ask Terry another question. He did not claim to be a plaster saint. He was well aware of his own fragilities and fallibilities.

But in his telling his story and the story of those with whom he, his wife and his team worked, there was to me a sense that here was a man who was Jesus to them – on the basis “that Christ has no hands but our hands.”

He reminded us that the runaway slave Onesimus referred to in Paul’s letter to Philemon was described as – once he was useless, now he is useful. Many of us may feel useless. God seeks to make all of us useful.

Thanks again to Jean for the wonderful gift of hospitality – her apple pie was Great British Bake Off standard and the Shepherds Pie would have called many from the Harden Moss Sheepdogs Trials! And £180 was given to In2Out!

Copyright © 2021 Parish of Christ the King, Meltham. All rights reserved.